The State pension has had a lot of attention over the past few weeks. In this month’s Construction Magazine, Susan outlines what issues should be considered when discussing it.

From 2021, the age at which a person becomes entitled to collect the State pension will increase from 66 to 67. This increase has been the headline news. At the time of going press, it remains the case.

WHEN DID THIS HAPPEN? 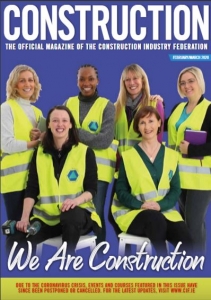 WAS THERE AN OUTCRY AT THE TIME?

As a pension consultant at the time, I remember expecting something of a protest. Maybe not to French proportions of backlash, where the whole country would come to a standstill amid protests, but certainly I expected some form of backlash. But, this did not materialise.

The next retirement age increase will take place next year. Those retiring last year and this year can now fully realise the gap in their income.

WHY WERE THESE CHANGES MADE?

This pensions time bomb has been ticking for a while now, with questions over sustainability being identified decades ago. However,in a Green Paper on pensions, published in 2007, key findings were noted, such as, “Ireland is experiencing demographic changes which increasingly, over time, will add considerably to the cost of pension provision – Chp1.16”. As the State pension is paid from the exchequer (tax take each year), the ratio of people working and paying tax versus how many are in receipt of the State pension is a delicate balancing act. The
scales are beginning to tip in the wrong direction, with the number of workers to fund State benefits decreasing, and the number of retired individuals increasing. By 2050, that ratio will have inverted completely.

Many other factors are adding to the pressure on pensions. People are living longer, private pension coverage is low at around 50%, and the cost of securing pensions has increased.

WHAT WILL HAPPEN NEXT?

Complete pension reform is required. Mandatory and soft mandatory pensions were touted as the potential solution within the 2007 Green Paper. However, recovery from the 2007-2008 financial crisis was a priority for Government, and this issue went on the backburner. The only reform that happened was the now hotly debated topic of the phased increase of the State pension age. In 2018, the Government finally published its ‘Roadmap for Pensions Reform 2018-2023’ and pensions were back on the agenda again. However, Brexit has had an impact on the delivery of this. This roadmap outlines a framework for the reform of State pensions and mandatory pensions via an auto-enrolment system.

WHAT DOES THE STATE PENSION AGE CHANGE MEAN FOR EMPLOYERS?

A later State pension age will mean many workers, particularly those with low or no private pensions, will not be able to afford to retire. Forcing employees to retire may lead an employer to run the risk of successful claims for age discrimination The view is that a mandatory pension system is the solution. New Zealand and Australia have had success in increasing private coverage and removing some of the burdens from the State. The UK has had its own system up and running for the past few years. Of course, any system introduced in the coming years will take a generation or so to bear fruit. Employers with occupational pension schemes in place should ensure that their employees are engaged in the retirement process so that they will have meaningful options when they reach an age that they see as normal retirement age – whether that is 65 or later.

Planning for your retirement?

Financial Guidance During a Crisis
Scroll to top